"The complex puzzle of a life forgotten powers this beautifully written spy novel by Siler, set primarily in the dangerous alleys and souks of spice-drenched Morocco.... An air of lyrical melancholy hangs over the novel, as if a young John le Carre had rewritten the Bourne Identity with a female protagonist. The plotting is deft, the characters believable, and, in the end, Eve finds who she was, even if she remains unsure of what that means or what she will become." - Publishers Weekly

"Tight prose and quicksilver plot complete the package. Siler knows how to write an absorbing page-turner, and Flashback is every bit as much fun as her last." - Library Journal

THE AUTHOR'S THOUGHTS ON HER LATEST NOVEL 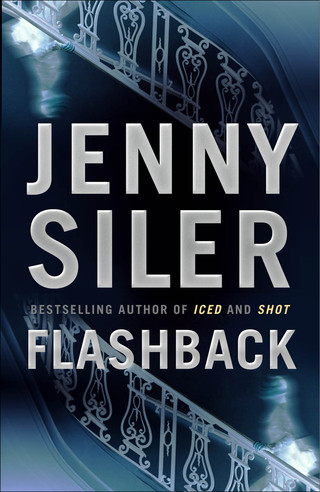 When the World Trade Center was attacked on September 11, 2001, I was just sitting down at my computer to do some final revisions on my third novel, Shot. My husband and my mother, both native New Yorkers, and I watched in horror from our living room in Montana as the towers collapsed. Two weeks later, it felt strange to be sending my manuscript, a novel about the first Gulf War and its reverberations, out into a world irreversibly changed, one that looked almost certainly to be on the brink of yet another war.

So much has been said about that day and how it changed the United States and the world that it seems unnecessarily redundant to talk about it here, and yet, if I knew one thing in the weeks immediately following September 11th, it was that my writing would be forever affected by the events of that day.

My first three novels, though shot through with shadows of conspiracy and political intrigue, were, for all intents and purposes, regional crime fiction, tales of lives on the fringe, of the changing face of America and the American West. These were books about people, about the evil which divides us from others, and the undeniable humanness of those many might consider to be less than human. When I sat down to work on my forth novel, the question foremost in my mind was how I would reconcile these themes with our new, post-September 11th world.

As my early vision for Flashback began to take shape, the answer to this question became obvious. In a world where ambiguity seemed to no longer have a place in public dialogue, where the division between good and evil now came down to us and them, my definition of evil as a devisive impulse seemed an especially important one to explore. But where my old themes and questions seemed equally, if not more valid, in the context of our changed world, my regional settings seemed somewhat obsolete. If I really wanted to examine America's place in this new world, I realized, I would have to do it from outside the United States.

But there was one more question to grapple with. As time wore on and our impulses toward fear and self-preservation began to overshadow everything else, our country slipped further and further into a state of collective forgetfullness. The lessons of history, and of our own role in the shaping of the modern middle east and its fundamentalist forces, seemed to have been all but forgotten.

And so, Eve was born, an American with no real knowledge of America, a woman with an outsider's perspective, and an insider's past. A woman with no knowledge of her own history, of the long and complex voyage from the end of the Cold War to that sunny September morning in lower Manhattan, and the wars that would follow.