"With a voice of authority as crisp and cutting as the Montana winter she so vividly evokes, Siler gives us Meg Gardner, a hard woman faced with hard choices, a heroine who has failed, but who never disappoints. Gardner--and Siler--is the real thing." - Laurie R. King

"One of the new talents in tough gal crime fiction.... She handles the hard-boiled writing style with a natural grace, never sounding forced or stagy.... It effectively reveals Gardner as a complex soul, faithless and dour, as rugged as the Montana wilderness." - Publishers Weekly

"Siler's first book, Easy Money, was a huge critical success and put the author on the literary map. Iced will keep her there." - Denver Post

THE AUTHOR'S THOUGHTS ON ICED 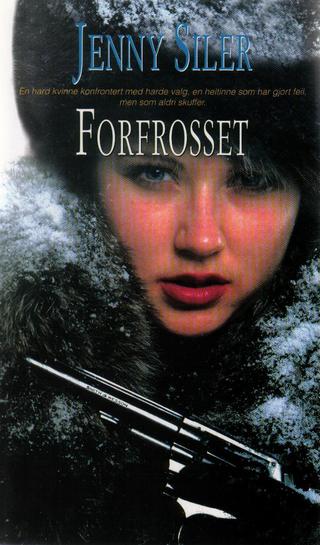 For an in depth discussion of ICED, click here to read Jenny's January 2001 interview with Rebecca's Reads.

A SPECIAL NOTE ON DARWIN

So far, only one character has earned the dubious honor of appearing in more than one of my novels. When I was living in Seattle and working on Easy Money, one of my bar patrons told me a story of an incredible person he'd once known, an ex-Navy SEAL/drag queen/prostitute/heroin addict named Darwin. I immediately fell in love with this fascinating creature, and within a couple of days, she had found her way into my manuscript.

In the original version of Easy Money, Darwin was brutally killed. But so overwhelming was the outcry at her death from my editor and agent and everyone else who read the novel, that I finally rewrote the novel so that she survived.

After Easy Money was published, I got more and more comments about Darwin. On my promotional tour everyone wanted to know about her, whether she was real or not, and what would become of her in the future. I was working on Iced then, and I decided to oblige her fans by bringing her back. When we'd last seen Darwin, her life had been pretty miserable. As much as I and everyone else loved her and were routing for her, it only seemed right to clean her up and give her a somewhat respectable life.

But don't worry, the essence of Darwin will never change. She's still still strutting her stuff in stilettos and mini-skirts. Only this time, without the heroin habit and the creepy customers.